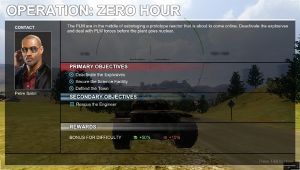 Operation: Zero Hour is a both Takeover and Defense PvE mission that takes place on a modified version of the Reactor map. It is given by the contact Petre Sabri.

The PLM are in the middle of sabotaging a prototype reactor that is about to come online. Deactivate the explosives and deal with PLM forces before the plant goes nuclear. 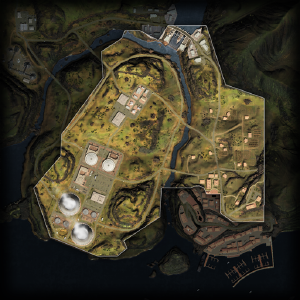 Until the 2nd cap (Secure the Science Facility), everything is straightforward. Before capping this, clear all hostiles around the hill, then cap and have the MBTs go to the cap you have to defend, while the lightly armored vehicles work the targets down, and reset the capcounter on every enemy within the capcircle.

This is the lowest earning mission in the game at the moment.