The T-72B3 is a Russian Premium Tier 8 MBT. It is an upgrade of the T-72B, with Kontakt-5 ERA, a new gun, autoloader, FCS, and various other improvements. It was designed as a cheaper alternative to the T-90A, while having similar capability.

The T-72B3 was a modernization project for the T-72B serving in the Russian army. It was revealed in 2011 and had multiple upgrades including a new gun, autoloader, FCS, "Kontakt-5" ERA etc. The T-72B3 was designed as a cheap alternative to the T-90A with similar stats. It was accepted for service in 2012 and more that 1000 have already been modernized. 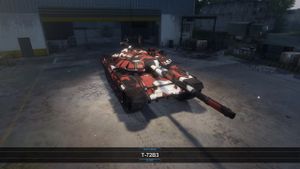 The T72B3 Red, a Premium variant that was purchasable starting November 2015 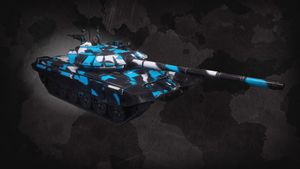 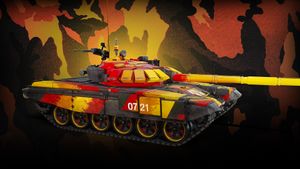