Maximillian Koenig is an exclusive commander available in Armored Warfare. He is unlocked by purchasing a founder's pack.

Maximillian's skills are focused on training your crew and gaining reputation. This makes him equally suited for any vehicle. He has the exact same set of skills as Fyodor Sokolov 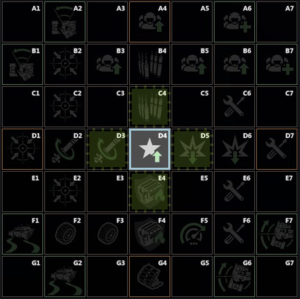 Maximillian's dream has always been, and continues to be, commanding tanks. Quiet and reserved, he livens up only when at the controls of an armored vehicle. While in the military, he found himself somewhat isolated as a result of his single-minded focus on his career. Now as a contractor, he is a highly valued commander, and his crews always exhibit the utmost loyalty.

These are the skills Maximillian possessed before the commander skill rework in Patch 0.22. As such, they are currently obsolete and are not indicative of his current skills in the game at this time.