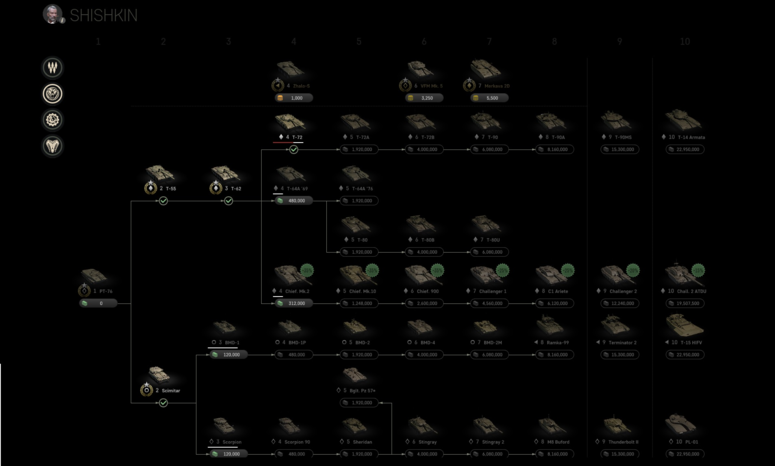 Marat Shishkin is a Vehicle Dealer in Armored Warfare. His symbol is a yellow bear, and he sells vehicles focused on firepower.

A very successful businessman before the political and economic fallout of the early 21st century, he uses his contacts in Eastern Europe to supply PMCs with a large quantity of old Warsaw Pact Arms, along with a few unique vehicles.