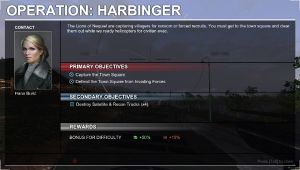 Operation: Harbinger is a both Takeover and Defense PvE mission that takes place on modified version of River Point map. It is given by Hana Burić.

The Lions of Nequiel are capturing villagers for ransom or forced recruits. You must get to the town square and clear them out while we ready helicopters for civilian evac. 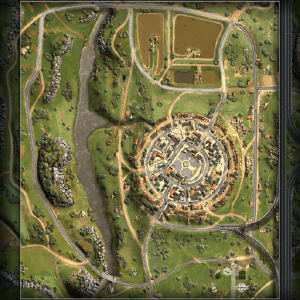 Take care, that after you touched the Takeover Cap, Enemys will respawn north of the City, and also spawn in the South, so clear the Secondary Objectives before. After you have taken over the Cap, and it changes to a Defense Cap, there will also be Enemys spawning on the road in the West.