Fyodor Sokolov is an exclusive commander available in Armored Warfare. He was given to all members of the closed beta.

Fyodor's skills are focused on training your crew and gaining reputation. This makes him equally suited for any vehicle. He has the exact same set of skills as Maximillian Koenig 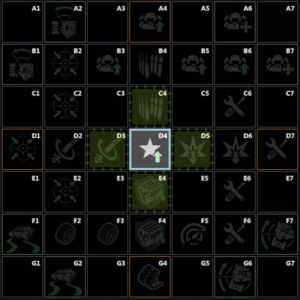 Growing up in Petrograd, Fyodor's love of critical thinking manifested as an interest in military tactics. He studied at the Combined Arms Academy of the Arms Forces of the Russian Federation, and upon graduation was appointed as a battalion commander. He became well known during his time commanding tank regiments, with a particular flair for executing flanking maneuvers. Once retired from active service and established as a military advisor, it was only a matter of time before this decorated veteran was recruited by a PMC.

These are the skills Fyodor possessed before the commander skill rework in Patch 0.22. As such, they are currently obsolete and are not indicative of his current skills in the game at this time.