Erin O'Connell is an exclusive commander available in Armored Warfare. She could be purchased from the 2016 St. patricks day bundles 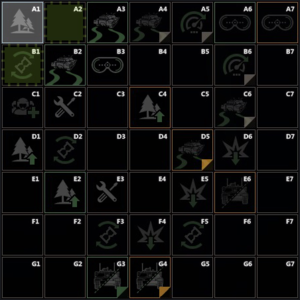 Erin initially intended to follow for father's footsteps and join the Irish Naval Service, but found herself much more engaged by land-based warfare. Her dedication and natural talent quickly propelled her through the Command and Staff School at the military college in The Curragh, but because the Irish Army had relatively few armored vehicles, she chose instead to become a contractor. Erin is characterized most by her tenacity and commitment, with years of study under her belt and a passion for being in the think of battle, few commanders are as devoted to their craft as she.

These are the skills Erin possessed before the commander skill rework in Patch 0.22. As such, they are currently obsolete and are not indicative of his current skills in the game at this time.